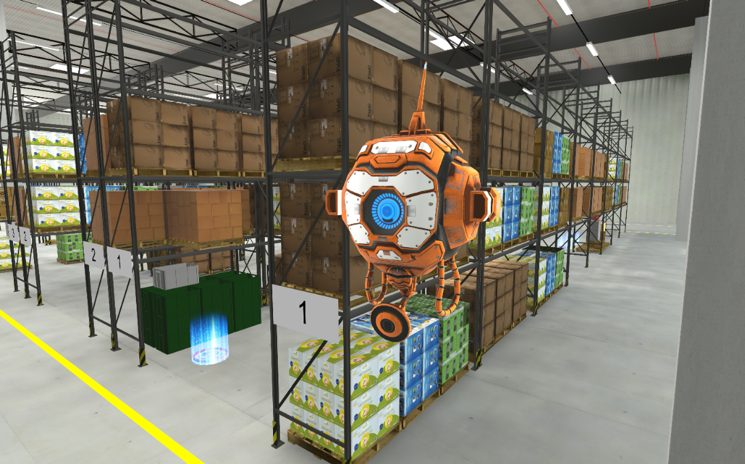 By Silke Bruns | Freelance editor – People and technology work as a team in the social networked industry. In three transfer projects at the Innovationlab, companies have now been able to sound out what this looks like in practice. These have shown that employees’ acceptance of digital assistants is high – and the efficiency gain for the company is also high.

Today, industrial employees in warehouses are generally prepared for new picking methods with classic »lecture style training«: A trainer explains the rough sequence of a system and uses an example to practice the relevant commands with the employees. This is also how it is normally done with the pick-by-voice system from Dortmund-based intralogistics company proLogistik. »However, the company was very interested in making their training more digital – in line with their digital product«, says Christoph Schlüter from Fraunhofer IML and explains how the cooperation with proLogistik came about in one of the now twelve transfer projects at the Innovationlab (nine completed, three ongoing). In this context, researchers and company representatives developed a training course which gets the knowledge across in a playful way. It turned out that employees are now more motivated and willing to learn and the results are ultimately better when using virtual reality and gamification elements. The pick-by-voice system developed by proLogistik is a picking assistance system in which the user has both hands free during all processes. This is possible because the system is operated by voice instructions with corresponding audio feedback. However, this also means that the employees have no visual information or assistance to help them.

This means good training and support before and during order picking is unavoidable, as otherwise the users are inadequately prepared. As part of the transfer project, a digital scenery and a robot were integrated in the game which was set up for the digital training in which the employees are guided through all the stages of picking in the system. The test persons, who had different previous experience in dealing with virtual reality and games, were positive about the digital training. They considered the use of new technologies to be necessary so that companies can survive in the market in the future. They found the training itself pleasant, informative, instructive and varied, and they completed it with a high degree of concentration.

»Due to the demanding, lively instructions given by the demonstrator, the employees felt both driven and supported«, observed Robert Rothbauer, project manager at proLogistik. »The use of playful elements was particularly well received.« Moreover, the employees evaluated the free movement within the virtual game environment and the relaxed atmosphere of the game as advantageous. There was no physical or psychological discomfort that VR newcomers might experience. As a result, the employees clearly preferred digital training to lecture-type training.

Every year, 20 million people occupy the 500,000 hospital beds in Germany. This means the beds have to be cleaned and prepared at least 20 million times accordingly. Today, nursing staff, medical technicians and cleaning staff still have to coordinate these processes by telephone or e-mail – quite apart from the fact that maintenance and repairs to beds also need to be coordinated. Together with the manufacturer of hospital beds Stiegelmeyer from Herford in East Westphalia, scientists from the Innovationlab have now developed a smart label for hospital beds as part of a transfer project with which the processes in hospitals can be considerably slimmed down.

»Instead of laboriously and manually writing a work order in the ward room, employees can trigger and check all necessary actions directly at the bed«, says Marcus Hintze from Fraunhofer IML, who was in charge of the project for the Innovationlab. »This creates a new human-technology interaction between those involved in the process and the hospital bed according to the guiding principles of Industry 4.0.« The Smart Label is a device barely as big as a smartphone that is attached to the lower end of a bed frame. It visualizes information like bed and patient ID or the status of the bed and it digitally supports inspection, maintenance and cleaning processes. The nursing staff on the wards can initiate a work order to prepare a hospital bed directly at the bed with just a few clicks of a button. Transport service and cleaning staff receive the orders via an app. Another positive (secondary) effect for hospital operators: The location of a bed can be retrieved at any time using beacon technology.

Marcus Hintze says: »In fact, the localization of beds and medical devices is currently one of the most important fields of activity in clinics. Today, employees are often excessively busy finding beds in the hospitals that need to be maintained and checked. Thanks to the indoor location, long search times are now a thing of the past and the number of beds becomes transparent for those responsible in the hospital. The employees themselves have more time for their actual tasks”.

The on-site delivery of liquefied petroleum gas still poses great challenges for tanker truck drivers and their employers today. The addresses of customers, who are often located in rural areas, are indeed easy to find thanks to modern navigation systems. However, the tanks to be filled are often hidden or underground, especially on private properties. As many customers are only supplied at large intervals and companies often use different drivers, they then spend up to ten minutes per order in searching for the tanks on site on terrain unknown to them. If the owners are at home, they can instruct the driver.

Yet, the aim of liquid gas suppliers such as WESTFA in Hagen is actually to ensure that supplies can be made independently of the presence of customers. Within the context of the transfer project at the Innovationlab, scientists from Fraunhofer IML and the company therefore developed a tool to locate gas tanks. This also shows the optimum position for the tank truck to stand in when filling the tank. »For a long time, the company has relied on digital tools to support its employees in other tasks«, says Martin Friedrich from Fraunhofer IML, who is in charge of the transfer project. »Therefore, the question of whether employees would accept other smart devices to support them was particularly important to us.« The early involvement of employees has paid off in this context.

The software was implemented in real situations and used by selected WESTFA drivers during a test phase lasting several weeks. Both the technical application and the user-friendliness were tested. Errors and complicated operating concepts could thus be detected and corrected quickly. »Basically, it also demonstrated that the majority of employees viewed innovations positively and tried them out without resistance«, Oliver Höring, Managing Director of WESTFA, is pleased to say. »We can use the qualitative and quantitative results for the acceptance of smart devices in day-to-day transportation within the context of further development.« 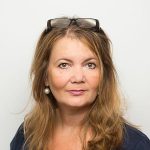 Silke Bruns is a freelance editor and regularly reports on new technical developments in the Innovation Laboratory Hybrid Services in Logistics. 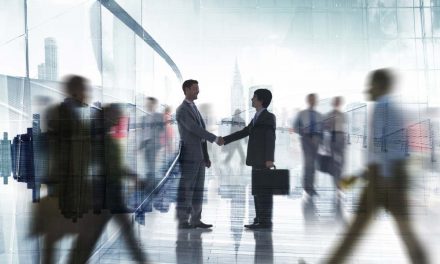 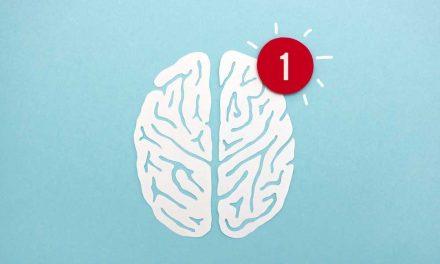 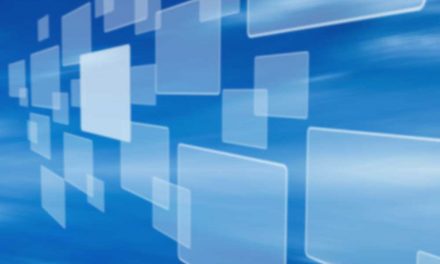 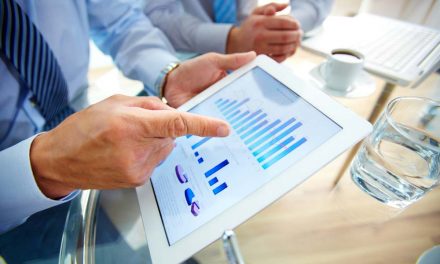 Improve Processes and Ergonomics with »MotionMining«